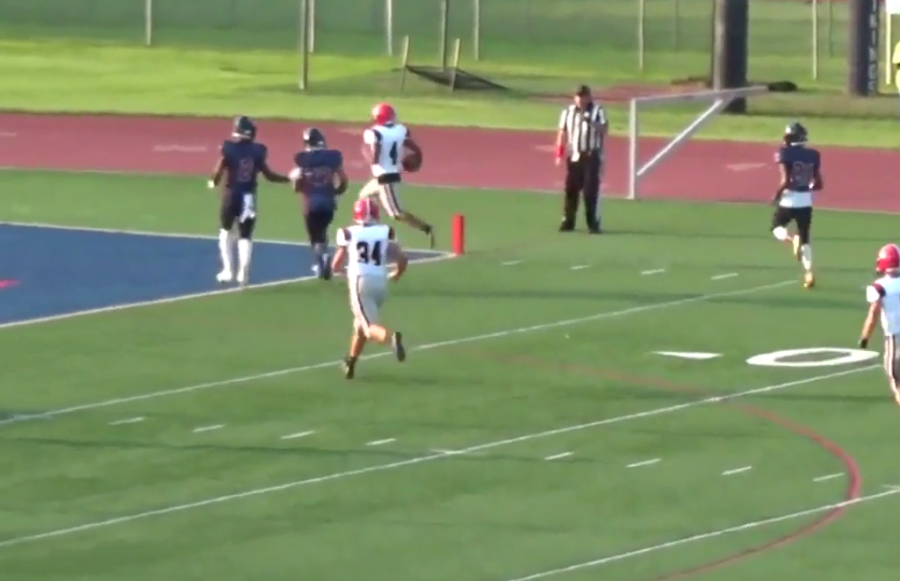 Seeking to avenge an opening week defeat against Shawnee, the Dragons traveled to Vorhees to take on the Eastern Vikings in a West Jersey Continental Division showdown. The Dragons offense and defense came ready to play right out of the gate, taking a 20-0 score to the locker room at halftime. Kingsway was able to hold onto this lead, defeating Eastern 34-7, which pushes their record to 1-1 on the year and 1-0 in division play.

Joe Lyons threw for 145 passing yards and 2 touchdowns. Darrell Brown had a combined 107 yards (87 receiving 20 rushing). Additionally, the defense made a huge statement, returning a fumble and blocking a punt for touchdowns.  The Dragons were able to bounce back in dominant fashion; Junior Darrell Brown stated that Kingsway was “confident, ready to play, and everybody was ‘back in go mode”.

Friday the 17th, the Dragons will face the 1-1 Williamstown Braves on the road in an attempt to beat the rival Braves for the first time since 2013, when Kingsway defeated Williamstown 41-22.